Be positive – or not?

Previous
Be positive – or not?

Recently I had the pleasure of delivering a “Leading for Change” book club event with @HBA Netherlands. The group discussed why they wanted to be better at Leading for Change.  There were many reasons, such as individual development, to contribute to their organisations success and to lead for change in moving towards gender equity. Inspiring.

What I really liked about this event was the degree of engagement from 50+ participants who really contributed to the open discussion and learning.  This was seen in the lively discussions in breakout rooms, their posting of insights and challenging questions.  It was wonderful being with a group of highly motivated positive people.

But can being too positive be detrimental to successful change?

During the event, we had a discussion on what the success factors in Leading for Change were. Not surprisingly having a clear vision and communicating were mentioned a lot. 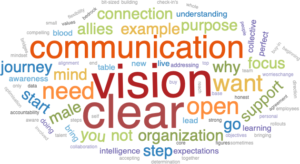 Less mentioned was the need to move away from where we are now. We know that feeling pain is a more powerful motivator than describing a bright future. So why isn’t it recognised as a critical success factor for change?

I recently worked with an organisation whose employees felt that they weren’t being listened to because their reality didn’t seem to be acknowledged because their leadership was always focused on a positive future.  This resulted in them disengaging from their work.

Then this week whilst advising a leader whose organisation was going through an integration and looking forward to a bright future ahead we also talked about the need to acknowledge the threats and challenges that were present otherwise we are only seeing half the picture.

Like others, I can be guilty of seeing everything in a positive light and believe that focusing on strengths is really important. However, when we are leading change, don’t we also need to recognise the (negative) reality of the current situation? What do you think?