How do great leaders prepare for change?

Previous Next
How do great leaders prepare for change?

As a leader we want our plans to be implemented, but sometimes it just doesn’t happen in the way we would like. Why is that? Could one of the reasons be our role as a sponsor of the change?  Sometimes it’s hard to resolve the paradoxes of change that we encounter as leaders in driving for success. 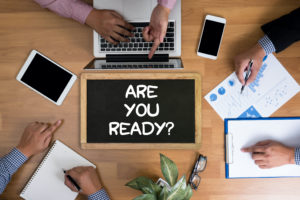 For example, as leaders we need to give direction, but employees want to have the autonomy to make change. When a project appears to be stuck, the temptation is dive into the detail and give clear direction for what needs to be done. That way the project team will understand what they need to do and will see how it could be done better next time.

Alternatively, we recognise the need for a team to be self-directing, so they can own their ideas, and stay “hands off” to allow them to figure out their own direction.  This can result in a team floundering and not being sure what to do, because they don’t have the bigger context of what needs to be done and are concerned about stepping on others toes and feeling unable to move.

Great leaders of change find the middle ground.  This varies depending on the maturity of the organization, the complexity of the environment and the impact of the desired change.  They use the following tips:

Leading change is not being a “super” project manager, neither is it about being completely hands off.  It is about creating the environment where teams and individuals can flourish and achieve successful outcomes.